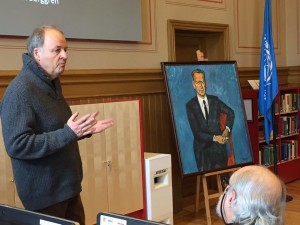 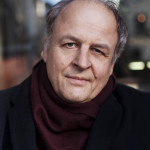 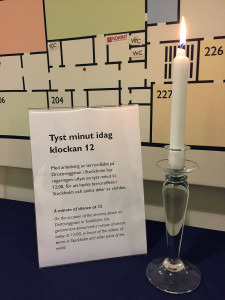 Dag Hammarskjöld – Markings of His Life

The Dag Hammarskjöld Library cordially invites you to a book talk on 18 April at 15.15 in the library. We will meet the renowned author Henrik Berggren who will present the new biography Dag Hammarskjöld – Markings of His Life.

When Dag Hammarskjöld took over the post as Secretary-General of the United Nations, he was greeted with the words: “Welcome … to the most impossible job on this Earth.” He was a compromise candidate who was assumed to be a weak and docile administrator. But, to everybody’s surprise, he stood up against the superpowers and with unshakeable integrity he defended the interests of small nations. His leadership and principled action shaped the modern UN. Dag Hammarskjöld made the “impossible job” possible.

In this captivating and concise biography, Dag Hammarskjöld the man and the diplomat emerges in a new and vivid way. The volume follows Hammarskjöld from his aristocratic childhood in Sweden to his searching youth in Uppsala castle, from his successful and rather unknown period as a Swedish civil servant to his illustrious time as head of the United Nations.

It is an amazing story of a man whose individuality and occasionally profound loneliness was more than outweighed by a profound sense of duty and humanism – qualities that truly defined his character.

The book will be available for sale during the event.

The Dag Hammarskjöld Foundation, who commissioned the biography, will also briefly present how they work to maintain the modern relevance of Hammarskjöld’s legacy.

The Dag Hammarskjöld and Law Library, which is a UN depository library, will briefly present the collections of the UN material and how this material can be accessed.

The presentations will be held in English.

Henrik Berggren is a historian, journalist and biographer, and has written extensively on Swedish political culture. In 2010, he published a biography of Olof Palme that has been translated into six languages, and his first novel was published in 2014. The biography “Dag Hammarskjöld – Markings of His Life” was published in 2016 by Bokförlaget Max Ström and is available in Swedish and English.

Henrik Berggren obtained his MA in 1986 at the University of California, Berkeley in Modern European History, and completed his Ph.D. at the University of Stockholm 1995 in History. He served as Guest professor at JWG-university, Frankfurt-am-Main in 1997, and his career in journalism involves several senior positions at Swedish newspaper Dagens Nyheter.